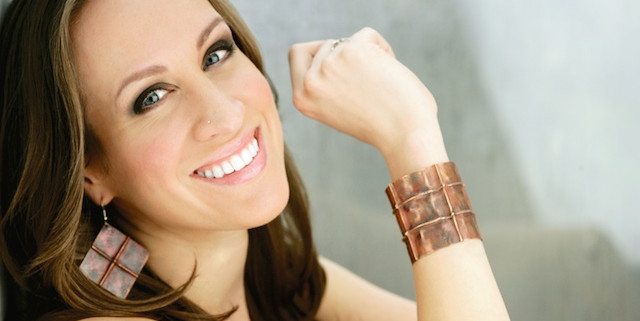 Brenda Rae, a School of Music voice alumna whose 2013 U.S. operatic debut in the Santa Fe Opera’s production of Giuseppe Verdi’s  “La Traviata” received high praise from the New York Times, will star this September in a major fundraising concert for University Opera.

“Ms. Rae soared beautifully in the early going, but it was in her pianissimo singing that she really shone,” wrote James R. Oestreich, of Brenda’s role as Violetta, the high-class prostitute dying of consumption.

Listen to Brenda sing the role of Semele at the Seattle Opera.

Brenda Rae, an Appleton native, earned a bachelor’s degree in voice from the School of Music in 2004 followed by a master’s degree and artist’s diploma from The Juilliard School. She then moved to Europe where she has performed regularly in Frankfurt, Munich, Berlin and many other cities.

The three-day event will celebrate the newly created position of Director of University Opera, funded by the recently established Karen K. Bishop Fund.  Karen Bishop was the founder of Rainbow Play Systems, makers of playground equipment, but sold it in 2003 to pursue her first love, opera. She gained masters and doctoral degrees at UW-Madison, and prior to her death in January 2015 after a struggle with cancer, she asked her husband Charlie Bishop to support the university opera program.

Charlie Bishop’s initial gift of $500,000 was coupled with several hundred thousand dollars raised by local supporters, including several individual member donations and a joint board donation from Opera Props, a local support group, as well as a bequest from the estate of Margaret Winston, another longtime benefactor who died in September 2014. With Bishop’s pledge, the fund secured a dollar-for-dollar matching grant from the John and Tashia Morgridge Foundation to create the Karen K. Bishop Fund for the Director of University Opera.

This fall, the School of Music will initiate a national search for a permanent opera director.

The public portion of the three-day University Opera event includes a ticketed concert on Sunday, Sept. 27, at 7:30 p.m. in Mills Hall and a free master class on September 25. The program with the UW Symphony Orchestra includes the Concerto for Coloratura Soprano by Reinhold Glière, to be sung by Ms. Rae, La Mer by Claude Debussy, and Symphonic Dances by Sergei Rachmaninoff.  The public is invited to a reception following the concert. Tickets are $25, available through the Memorial Union box office. Students are admitted free.

While at UW-Madison, Brenda Rae won the annual Concerto Competition and performed leading roles with University Opera including Constance in “Dialogues of the Carmelites,” Despina in “Cosi fan tutte,” and Nannetta in “Falstaff.”

“It was thrilling to hear a singer with Brenda’s towering vocal attributes at the beginning of her career,” says Mimmi Fulmer, professor of voice and opera, who was Brenda’s teacher at UW-Madison.

Brenda Rae, who dropped the last name Klinkert after leaving Wisconsin, was also featured in a 2014 article in the Metropolitan Opera Guild’s magazine, Opera News, following her performance in Santa Fe.  “Rae proved her prima donna mettle in Santa Fe last summer, when she knocked local opera fans back on their heels with her superb Violetta in Verdi’s La Traviata, presented in a revival of Laurent Pelly’s edgy modern-dress staging from 2009,” the author, F. Paul Driscoll, wrote. “Rae bounded into the action of Act I with a fashion model’s lanky hauteur, her strikingly pale shoulders marked with a red floral tattoo, and sang as if her life depended on it.”

In the article, Brenda remembered her time at the School of Music.

“Before I was at Juilliard, when I was a student at the University of Wisconsin–Madison, I hadn’t really decided to focus on classical voice,” she said. “But my teachers there were pretty smart. By the end of my sophomore year, they had given me a scene from Sonnambula to do. And I fell in love with opera.”

The University Opera program was established in the early 1960s with Karlos Moser as director. Moser retired in 1997 and was followed by William Farlow, who retired in 2014.  The position is now filled by David Ronis, visiting assistant professor of opera.

Graduates have included current Broadway star Nathaniel Stampley; Gregory Schmidt, now with the Metropolitan Opera; Jamie-Rose Guarrine, who will join the faculty of University of Massachusetts-Amherst this fall; James Kyrshak, who recently joined the Vienna State Opera; and Emily Birsan, currently performing with the Ryan Center of Chicago’s Lyric Opera, as well as many others.

University Opera presents Benjamin Britten’s "The Turn of the Screw"

Two More Awards for University Opera
Mayrent Institute now home to oldest surviving recordings of Yiddish music Q&A with new faculty violinist Prof. Soh-Hyun Park Altino
Scroll to top
We use cookies on this site. By continuing to browse without changing your browser settings to block or delete cookies, you agree to the UW–Madison Privacy Notice. GOT IT!
Privacy & Cookies Policy