Following an afternoon of clinic sessions with local students, the Wisconsin Brass Quintet, the Wingra Wind Quintet, and Scott Teeple, UW-Madison conducting professor, along with the Lincoln High School Wind Ensemble will present the free public concert designed to educate as well as entertain.  The February 9 concert is open to the public free of charge.  Besides thanking the Foundation for its support, the concert furthers the UW mission of public service through spreading the “Wisconsin Idea.”  About 50 music students from area high schools are expected to attend the afternoon clinic sessions and evening concert.

Regarded as one of the “superb brass ensembles in the USA” (Musicweb International) and praised for “remarkable musicianship and versatility” (International Trumpet Guild Journal), the widely acclaimed Wisconsin Brass Quintet (WBQ) has maintained a position at the forefront of brass chamber music since the group’s founding in 1972. WBQ is one of three faculty chamber ensembles in-residence at the University of Wisconsin-Madison School of Music. In addition to its regular concert series on the campus, the Quintet performs extensively throughout the Midwest and nationally, including appearances in New York at Weill Recital Hall and Merkin Concert Hall. Current members of WBQ are John Aley and Matthew Onstad, trumpets; Daniel Grabois, horn; Mark Hetzler, trombone; and Tom Curry, tuba.

Since its formation in 1965, the Wingra Wind Quintet at the University of Wisconsin-Madison Mead Witter School of Music has established a tradition of artistic and teaching excellence.  The ensemble has been featured in performance at national conferences such as MENC (Miami), MTNA (Kansas City), and the International Double Reed Society (Minneapolis). In addition to its extensive home state touring, the quintet has been invited to perform at numerous college campuses, including the universities of Alaska-Fairbanks, Northwestern, Chicago, Nebraska, Western Michigan, Florida State, Cornell, the Interlochen Arts Academy, and the Paris Conservatoire, where quintet members offered master classes. New York Times critic Peter Davis, in reviewing the ensemble’s Carnegie Hall appearance, stated “The performances were consistently sophisticated, sensitive, and thoroughly vital. Current members of Wingra Wind Quintet are Stephanie Jutt, flute; Aaron Hill, oboe; Marc Vallon, bassoon; Joanna Schulz, horn; and Amy McCann, clarinet.

BRASS, BRASS AND MORE BRASS – With No. 3, UW-Madison cements a tradition as a Brass Hub of the Midwest

On September 30 and October 1, 2016, the newly renamed Mead Witter School of Music will welcome the internationally acclaimed Stockholm Chamber Brass to campus for a third annual Brass Fest. The quintet’s tour of upstate New York, Michigan and Wisconsin will be their first-ever appearances in the United States.

A number of major instrument makers and music companies, many located in Wisconsin, will also be on hand to display their wares. The School will also offer commemorative fund-raising t-shirts; scroll to bottom to learn more.

The events will include a concert with Stockholm Chamber Brass on Friday, September, 30, at 8 PM, and a second concert on October 1, also at 8 PM, with the Stockholm Chamber Brass, the Wisconsin Brass Quintet, UW-Madison student performers and selected high school students. Both concerts will be held in Mills Hall in the Humanities Building.

“We are expanding the festival because our mission is to perform and to teach,” says Daniel Grabois, assistant professor of horn and member of the Wisconsin Brass Quintet. “We are motivated by the Wisconsin Idea, and we are making every effort to bring what we do to the population of the state. There are many students in the state who play brass instruments, and we want to include them in our educational mission. We also want to build on the successes of the past two years – many people enthusiastically attended the festival, and we want to make it better, more exciting, and more inclusive.”

Stockholm Chamber Brass has received glowing reviews for its CDs. A reviewer at American Record Guide writes, “I cannot imagine that a better brass quintet has ever existed.”

The ensemble’s repertoire consists mostly of original compositions and their own arrangements of older and contemporary music. Their interest in new music has resulted in over thirty compositions written specifically for the ensemble. Stockholm Chamber Brass has worked with a long list of leading composers, including Anders Hillborg, Sven-David Sandström, Pär Mårtensson, Britta Byström, Henrik Strindberg Piers Hellawell and Eino Tamberg. The ensemble has also collaborated with leading brass soloists Håkan Hardenberger and Christian Lindberg.

The Wisconsin Brass Quintet, formed in 1972, is one of three faculty chamber ensembles in-residence at the University of Wisconsin-Madison Mead Witter School of Music. Deeply committed to the spirit of the Wisconsin Idea, the group travels widely to offer its concerts and educational services to students and the public in all corners of the state.

New this year: Commemorative Limited Edition T-Shirts, featuring our new Brass Fest III logo on the front and “Mead Witter School of Music” on the back. Prices from $11 to $14; all proceeds will support the School of Music. Send an email to t-shirt sales if you’d like to buy one. 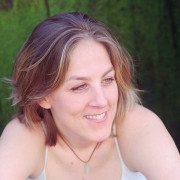 This 4th annual edition of the UW/MMSD Jazz Festival represents the expansion of the festival into a multi-day event featuring an internationally recognized guest artist and also marks the first time that UW Madison will be the host campus. In its new venue, the festival will continue its original mission of bringing together participating schools in a non-competitive festival environment to focus on students’ peer learning and the exchange of information, developing idiomatic jazz and improvisation skills, building a community of young jazz musicians and connecting them with working professionals, and inspiring student performers to deepen their involvement with the jazz idiom.

Watch the Ingrid Jensen Jazz Quintet perform “At Sea,” at the Berklee College of Music, April 2012

The festival’s expansion and its move to UW Madison as its host campus coincide with a major expansion of UW-Madison’s jazz studies program. Spearheaded by jazz pianist Dr. Johannes Wallmann who joined the School of Music faculty in 2012, the jazz program has added five new jazz ensembles, several new academic jazz courses, and a high school Honors jazz band. In the fall of 2014, the jazz program welcomed new instructors of jazz drums and jazz trombone along with its first cohort of students in the newly re-launched undergraduate jazz major.

2014 UW/MMSD Jazz Festival featured artist Ingrid Jensen has been a major figure on the international jazz scene for over 20 years. Her three CDs for the ENJA label and her latest CD, “At Sea,” won her nominations from the Canadian Juno Awards, including an award in 1995 for Vernal Fields. In addition to her work as a leader of the quartet Project O and the quintet Nordic Connect, Jensen is a featured soloist with the Maria Schneider Orchestra, with whom she recorded four albums, including the Grammy Award-winning “Concert in the Garden” and “Sky Blue,” the former of which was also named Jazz Album of the Year by the Jazz Journalists Association. She regularly places in Downbeat magazines Critics’ and Readers’ polls.

November 10, 2014/by Eric Murtaugh
https://music.wisc.edu/wp-content/uploads/2014/05/Ingrid_green_wall.jpg 2014 3000 Eric Murtaugh Eric Murtaugh2014-11-10 16:38:162014-11-11 18:15:50Jazz Trumpeter Ingrid Jensen to headline MMSD-UW Jazz Festival
Scroll to top
We use cookies on this site. By continuing to browse without changing your browser settings to block or delete cookies, you agree to the UW–Madison Privacy Notice. GOT IT!
Privacy & Cookies Policy