News
You are here: Home / News / Faculty / The Director Takes A Bow 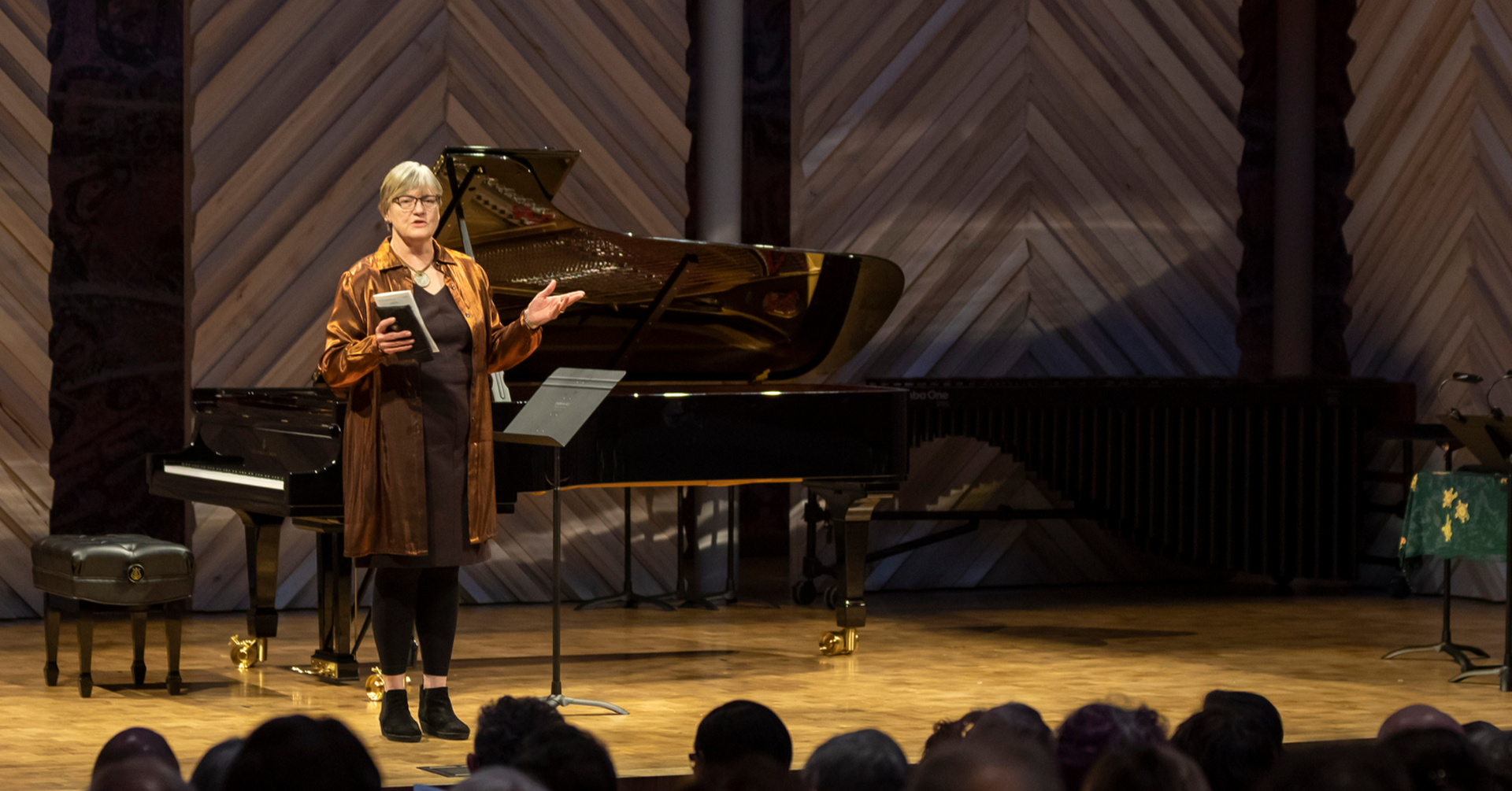 Susan C. Cook sums it up perfectly: “You can take the professor out of the classroom, but not the classroom out of the professor.” After a decade as director of the Mead Witter School of Music, Cook will step down at the end of this year. But this isn’t the grand finale of Cook’s career; it’s just the beginning of a new movement.

Having worked 15 years without a sabbatical, Cook is looking forward to taking some time off. Then, she’ll be back to doing what she loves: teaching music history.

“My area of interest has always been contemporary music,” Cook says, “which used to mean the 20th century, but now it’s the 21st century as well. The world keeps changing around us and we have to change with it. I think it’s always important for faculty to be continuing to think about what it is our students need now and to be not teaching just the way we were taught, or just the way we used to teach even 10 or 15 years ago.”

That adaptability and forward thinking have been the cornerstones of Cook’s term as director. They served her well when things looked precarious for the school.

“I came into the role in somewhat of a challenging time,” she recalls. “The previous director had stepped down a couple years early, so it was a transition that we weren’t expecting.”

The school was experiencing budget cuts and limited hiring and had been struggling to move ahead with a new building project. Then, there came a new chancellor, provost, and dean in quick succession — all starting around the same time that Cook assumed her new role. The future was uncertain. However, following campuswide discussions, Chancellor Rebecca Blank quickly decided to move ahead with plans for a new music building, which would become the Hamel Music Center.

“That decision proved to be a really smart one,” Cook remembers, because it was the vote of confidence that signaled to the Mead Witter Foundation that the university was invested in the future of the school, and “that there was a real critical need here.” The foundation made a major gift that allowed the ambitious building project to proceed and attracted even more support.

“One of the things I’ve really enjoyed about this job was working with the incredibly generous philanthropic individuals who have helped make this building a reality and have continued to support our students, again, through scholarships and support of all kinds,” Cook says. She beams as she talks about the “larger culture of philanthropy and support” that has sprung up around the school. “We have wonderful fans that come and write students notes (after performances) and tell them how terrific they sounded and that has just been something really unexpectedly wonderful to be a part of.”

The Hamel Music Center opened its doors in fall 2019, glistening like a jewel at the heart of campus. Then came the blow that nobody expected: COVID-19. But as it turned out, even though the center wasn’t designed with a pandemic in mind, it met the needs of the moment perfectly.

“Had we not had this building, the pandemic would have been so much worse for all of us,” Cook says. “Because we did have the technology and the extra spaces in this building that allowed us to do things safely to continue to connect with each other and to connect with audiences, even if we couldn’t be in person. I know there were people who felt like the building was closed and empty, and I kept saying, ‘It’s not. There’s still life going on there.’ I would drive by, and I would see the lights on in the lobby. To me, it was a beacon of hope and a reminder that we would be back together and that the building was helping keep us connected even then.”

Looking ahead, Cook hopes that the school will continue to build on what the Hamel Music Center started, continuing to be “inventive in our programming, inventive in our use of the space.” She also hopes to get the additional rehearsal spaces and financial assistance that students need, though that is a quest that will pass to the school’s next director — and to the new Humanities building project, which is in development.

“This clearly is a big job, a challenging job,” Cook says. “Sometimes people have asked me what have been the rewards? And I would say that the rewards have been in the music.”

She says it’s like “being in this wonderful garden” and not knowing what’s going to spring up and blossom. “You’re doing a lot of digging and a lot of heavy labor at times, but then (you’re) rewarded with this kind of beauty that you couldn’t have imagined.”

November 15, 2022/by Eric Murtaugh
0 0 Eric Murtaugh Eric Murtaugh2022-11-15 11:51:012022-11-15 11:51:01The Director Takes A Bow
University Opera presents Albert Herring
Scroll to top
We use cookies on this site. By continuing to browse without changing your browser settings to block or delete cookies, you agree to the UW–Madison Privacy Notice. GOT IT!
Privacy & Cookies Policy