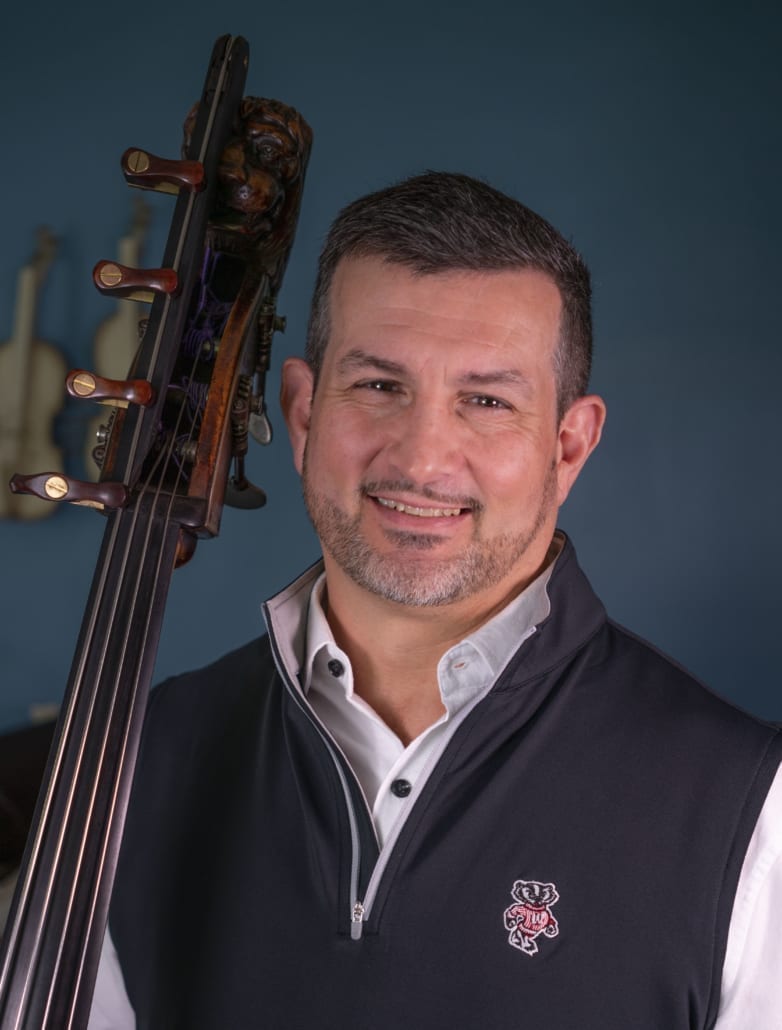 Peter Dominguez grew up in Milwaukee, Wisconsin participating in the Music for Youth Orchestras, and performing with his father, pianist and singer Frank DeMiles. His teachers included Willard Feldman and Clyde Russell. Peter went on to study with Roger Ruggeri and Richard Davis at the University of Wisconsin, Madison, where he earned his baccalaureate and masters degrees with a teaching assistantship 1980-82.

In 1981 he was the first recipient of the Milton J. Hinton scholarship competition award.  A teaching assistantship and doctoral studies with Dr. Lucas Drew at the University of Miami, Coral Gables followed in 1982-84. Eventually securing positions in both the Florida Philharmonic and Michigan State University, Peter chose MSU, served as Professor of Double Bass and Jazz Studies 1984-96, and was instrumental in developing their Jazz Studies program.  During his Michigan years, he continued studies with Robert Gladstone and performed with the Detroit Symphony.

The former Principal Bass with the Lansing Symphony Orchestra and the American Sinfonietta, Peter served as Professor of Jazz Studies and Double Bass at Oberlin Conservatory of Music from 1996-2020 and directed the Oberlin Jazz Septet.

Currently he is Professor of Double Bass and Jazz Studies at the University of Wisconsin- Madison. Having pursued over 48 years of double bass performance practice in a variety of musical styles while appearing in venues through out the Americas and Europe, Peter continues to play with an impressive array of Classical, Jazz, and Latin artists.

His teaching activities include national and international classes, International Society of Bassists conferences, adjudication of international competitions, artistic direction of the Richard Davis Foundation for Young Bassist Inc annual conference in Madison Wisconsin, and the director of the bieannial Milt Hinton Institute for Studio Bass at Oberlin Conservatory. His trio recording How About This with Billy Hart and Rick Germanson is available through CD Baby and his solo recording Groove Dreams performed on Milt Hinton’s famous double bass is available through Oberlin/Naxos music.