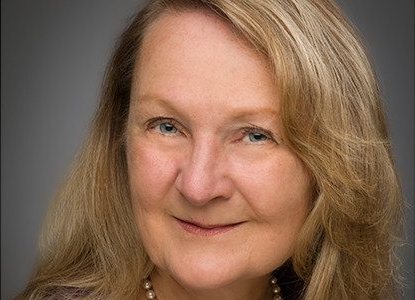 American soprano Mimmi Fulmer performs repertoire ranging from early music to premieres of works written for her.  Her distinguished career in new music includes premieres of nine roles in eight operas.   An expert on Nordic repertoire, she is the editor of a three-volume anthology of songs from Finland, Sweden, Norway and Denmark.   Her discography includes six CDs of American music and a CD of songs from Finland, Sweden and Norway.

The granddaughter of immigrants from Finland and Sweden, Ms. Fulmer is an advocate for bringing Nordic songs to American singers.  She has presented programs of this repertoire throughout the United States, including Seattle, Portland, Tacoma, Raleigh, Minneapolis, Lincoln, Omaha, and North Dakota, as well as at conferences in Stockholm, Brisbane, Honolulu, Indianapolis, and Tucson. She has recorded a CD “Voyage Home: Songs of Finland, Sweden and Norway” (Centaur Records) and published an anthology of Nordic songs (including music, phonetics, translations, and recordings of the texts, Subito Music). She serves on the board of the Edvard Grieg Society of the Great Lakes.

Ms. Fulmer’s undergraduate studies at Princeton University and fellowships at Tanglewood were the springboard for her work in contemporary American music.  Her solo CD, “About Time”, was called “a gratifying testimony to …composers in America” by Opera News online and “a spectacular show” by American Record Guide.  She premiered a one-woman multi-media opera written for her at the University of Michigan, and can be heard on CDs of music by David Dies (Albany Records), Joseph Dubiel (Centaur Records), Edward Cone (CRI), and Hans Sturm (Innova).  She has been a featured soloist at festivals including Aspen and Bang on a Can, and in programs at the Kennedy Center, CAMI Hall, Princeton University, Houston, Dallas, Seattle, Atlanta, Milwaukee, the Walker Art Center, Bath Fringe Festival and in Costa Rica and Kyoto.

Her opera roles include standard repertoire as well as premieres of roles written for her, and her oratorio roles include major soprano solos of Bach, Vivaldi, and Handel.  Early music has been a significant part of her career, and she performs regularly with the Wisconsin Baroque Ensemble.  She has presented recitals around the US, most recently at the Meadowlark Festival in Nebraska, the University of Tampa, and Meredith College.

Ms. Fulmer’s publications include a book on “Vision and Prayer” by Milton Babbitt (Subito Music).  Selections from her translations of “Pierrot Lunaire” (with Ric Merritt) appear in standard textbooks and are used by performing organizations worldwide.

Critical praise for Ms. Fulmer includes notice by the Washington Post for her “really beautiful soprano”, 21st Century Music as “… the glowing and smoky soprano…”,  and Gramophone for her “warm and natural interpretations”.  Her CD “American Vistas” was called “superb” by American Record Guide, and NATS Journal notes “…her technique enables her to sing even the most intricate of these songs with assured ease”.

Ms. Fulmer is Professor of Voice and Opera at the University of Wisconsin-Madison, where she has received both the Vilas Associate and Chancellor’s Awards.  Her students are enjoying success around the world with companies including the Metropolitan Opera, Frankfurt Opera, Vienna State Opera, Santa Fe Opera, Glyndebourne, Mainz Oper, Los Angeles Opera, Deutsche Oper Berlin, and Opera Australia.  Alumnus Nathaniel Stampley sang the title role in “The Lion King” on Broadway and the role of Porgy in the national tour of “The Gershwins’ Porgy and Bess”; Brenda Rae’s international operatic career includes debuts with the Vienna State Opera and the Lyric Opera of Chicago, with a 2020 debut at the Metropolitan Opera; Gregory Schmidt is on the roster at the Metropolitan Opera.  Ms. Fulmer’s students are pursuing careers as educators at the school and university levels, including University of Tampa, Wingate University, and Roberts Wesleyan University.  Other alumni have pursued careers on cruise ships, in contemporary music, and in music management.  Ms. Fulmer has presented numerous master classes, including at University of Tampa, Ball State University, University of California-Riverside, Milwaukee High School for the Arts, and with the Currents Ensemble to rural Virginia schools.