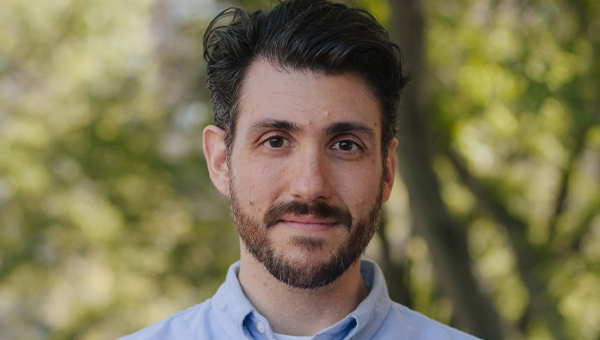 Michael Weinstein-Reiman is a historian of music theory. His work seeks to elucidate music theory’s role in the history of ideas over the longue durée. His related research interests include eighteenth- and nineteenth-century European philosophy, music pedagogy, literature, gender and sexuality, and disability studies.

In 2021, he received the Ph.D. in Music Theory from Columbia University, where he wrote a dissertation on the changing understanding of touch—considered as an action, a sense, and as a metaphor for music’s effect on the psyche—across the span of two centuries of French intellectual history. Research for the dissertation was supported by Columbia’s Dean’s Fellowship, a Georges Lurcy Fellowship, an honorary Chateaubriand Fellowship from the French Embassy, and several travel grants. He holds degrees in music from The University of Oregon, Mannes College, and Brandeis University.

His current book project, Touch and Modernity in Keyboard Pedagogy is the first monograph-length study in musicology to take the sensorium as a contingent product of ideological and sociopolitical forces, and to explore the effect of this changeability on notions of artistic and educational perfectibility. His book asserts that pedagogical programs for harpsichordists and pianists—for whom the cultivation of touch has historically been paramount—are especially interesting, as they illuminate music theory’s heretofore unexamined role in philosophy’s construction of the modern self. His second research project, Encounters with the Piano: Instrumental Music and Empire-Building in French Indochina, focuses on practical music education as a tool for French cultural indoctrination and control in overseas territories between 1887 and World War II.

His writing appears in American Music Review, the Society for Music Theory’s History of Music Theory blog, Theory and Practice, and Nineteenth-Century Music Review. He is currently co-convening a colloquy for publication that invites scholars across music theory, history, ethnomusicology, education, and performance to consider both historical and contemporary educational encounters within our shared discipline as integral to the accumulation and dissemination of knowledge.

As an instructor, from 2021–22, Michael was Visiting Assistant Professor of Music at Wesleyan University where he taught music theory, history, and the graduate proseminar in world music studies. From 2014–19, he was adjunct professor of music theory and musicianship at Mannes College.