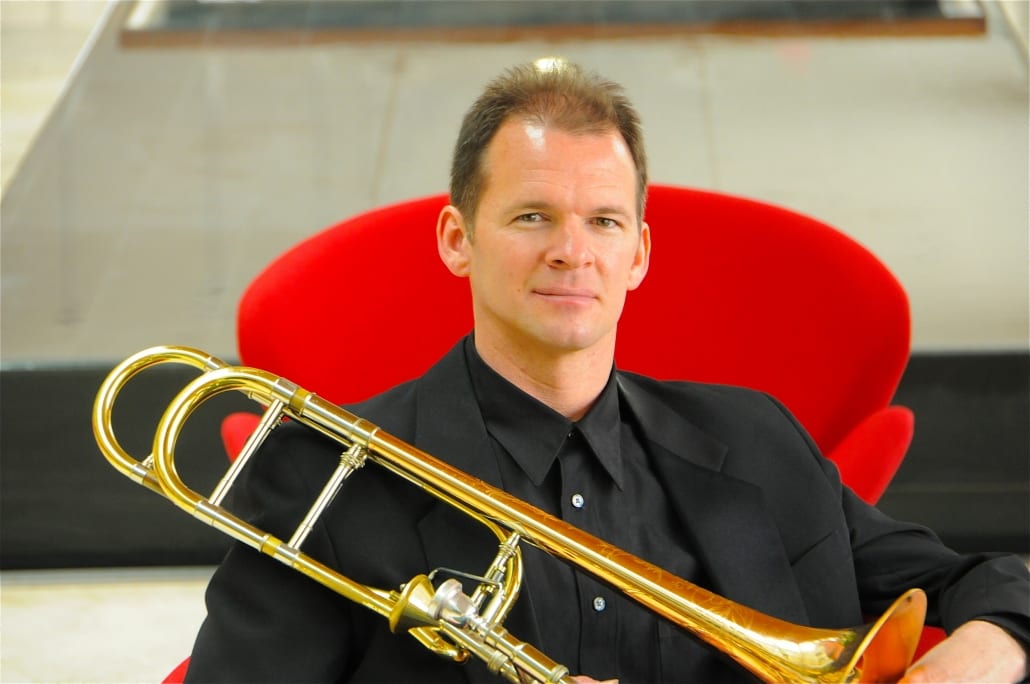 Born in Sarasota, Florida in 1968, Mark Hetzler began playing his father’s trombone at the age of twelve. He went on to receive a B.M. from Boston University and an M.M. from the New England Conservatory of Music. Mark was a fellow at the Tanglewood Music Center and completed a three-year fellowship with the New World Symphony, under the direction of Michael Tilson Thomas.

As a member of the Empire Brass Quintet from 1996-2012, Mark performed in recital and as a soloist with symphony orchestras in Australia, Taiwan, Korea, China, Venezuela, Brazil, Japan, Hong Kong, Germany, Italy, Austria, Malaysia, Singapore, Switzerland, Bermuda, St. Bartholomew and across the United States. He has appeared with the group on live television and radio broadcasts in Asia and the United States. Mark appears on several Empire Brass CDs on the Telarc label, including Firedance, The Glory of Gabrieli, and a recording of Baroque music for Brass and Organ.

Mark has released twelve solo recordings on the Summit Records label, featuring classical, jazz and electro-acoustic genres. Active in the creation of new music, he has worked with composers in some of the leading new music research studios around the world, and has appeared at the New York Electro-Acoustic Music Festival and the Society for Electro-Acoustic Music (SEAMUS). Recent commissions include new works from composers Ben Davis, David Vayo, James Stephenson, Mark Engebretson, Chester Udell and Robert Rowe. In addition, Mark is active as a composer and arranger, fusing classical styles with many non-classical influences. He can be heard performing his own original music on an electric trombone in the adventurous new music group Mr. Chair. This exciting quartet released their debut recording Nebulebula in September of 2019 as a digital download, a double CD and a triple vinyl.