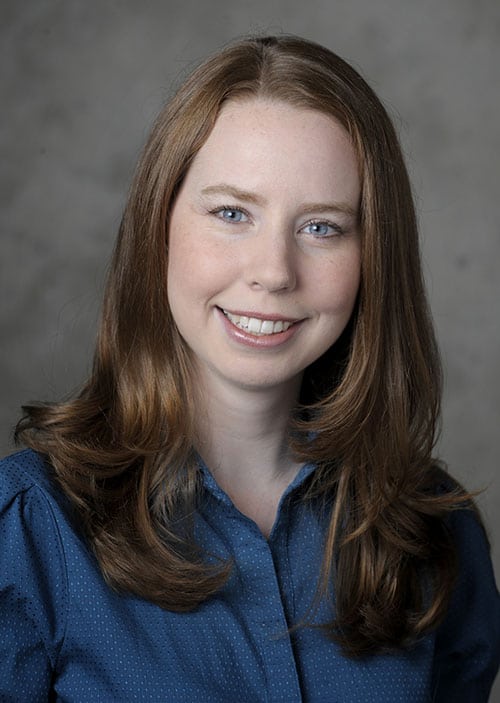 Soprano Julia Rottmayer, faculty associate of voice and opera, is active in the stage, concert, and teaching arenas. Along with her interpretation of standard repertoire, Dr. Rottmayer is an avid performer and champion of contemporary and early music. Recent performances include the title role in Les Mamelles de Tirésias and Everly Shrills in The Impresario with Opera Orlando. In 2014, Dr. Rottmayer was honored to be chosen as the soprano soloist in Carmina Burana with the Orlando Ballet for the grand opening of Orlando’s premiere performing venue, The Dr. Phillips Center for the Performing Arts. Other favorites include her performances as soprano soloist in Brahms’ Requiem, Mozart’s Grand Mass in C, Tippett’s A Child of Our Time, Haydn’s Creation, Handel’s Messiah, Bach’s Mass in B Minor, Mendelssohn’s Elijah, and as Pamina in Mozart’s Die Zauberflöte, Blanche in Poulenc’s Dialogues des Carmelites, Beth in Adamo’s Little Women, Mabel in Gilbert & Sullivan’s Pirates of Penzance, Adele in Die Fledermaus, and Rose Maurrant in Weill’s Street Scene. In addition to her numerous concert and operatic credits, Dr. Rottmayer has toured nationally, singing art song recitals with repertoire ranging from Bach to Berg, Clérambault to Fauré, Lauridsen to Mussorgsky, and much more. She has premiered works for such art song composers as Scott Gendel and Daniel Crozier, and was honored to sing for former President of the Czech Republic, Václav Havel.

In addition to performing, Dr. Rottmayer is a dedicated voice teacher. She maintains a private voice studio and is a member of the voice faculty at the University of Wisconsin – Madison. She is a frequent master class clinician, workshop presenter, and adjudicator at universities and competitions. Dr. Rottmayer has served as president of the Central Florida Chapter of the National Association of Teachers of Singing (NATS) from 2013-2018 and is currently a member of the board of directors for MusikTheater Bavaria, a training program for opera and musical theater young artists held each summer in Oberaudorf, Germany. Past appointments include Assistant Professor of Voice at Rollins College where she supervised 12 adjunct voice and opera instructors, led a voice area of over 90 voice students, taught countless voice-related courses, and received the Professing Excellence award. She has also served as a member of the faculties of Kingwood College, Opera Orlando Youth Company, Berkshire Choral International, and MusikTheater Bavaria.