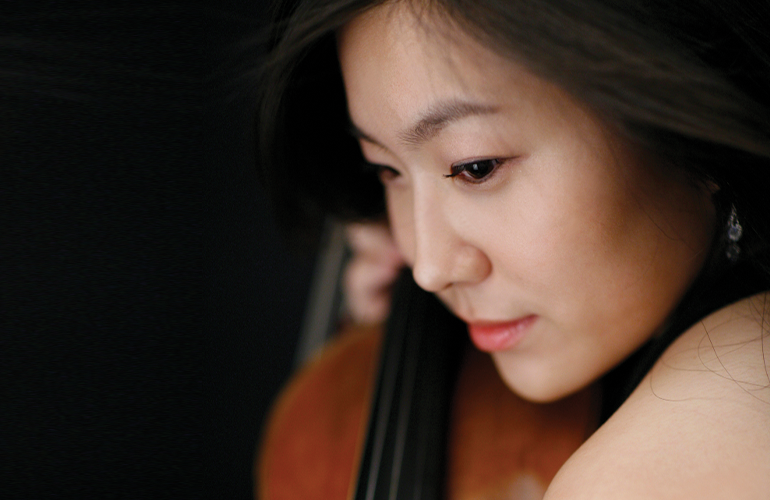 Praised as having “warmth and crystal-clear tone” by Whole Note Magazine, violinist Dawn Dongeun Wohn has performed in concert halls in North and South America, Asia, and Europe including Carnegie Weill Hall, Alice Tully Hall in Lincoln Center, and the National Theater in Taiwan. As a soloist, she has performed with orchestras such as the Korean Broadcasting Symphony, Daejeon Philharmonic, and the Aspen Conducting Orchestra. Her debut album Perspectives, featuring diverse works by female composers, was featured by The New York Times as well as Spotify and Apple Music, and was chosen as one of WQXR’s best albums of 2019.

Dawn began her musical studies at The Juilliard School’s Pre-College Division as a full scholarship student of the renowned pedagogue Dorothy DeLay. She completed her undergraduate studies at Juilliard with Hyo Kang and received a Master of Music as well as an Artist Diploma from Yale University. Her Doctor of Musical Arts degree was awarded from Stony Brook University under the direction of Philip Setzer of the Emerson Quartet.

As an active chamber musician, Dawn has performed at IMS Prussia Cove in the U.K, Music@Menlo, Great Mountains Music Festival in South Korea, and The Banff Centre. Notable collaborations include members of the Emerson Quartet, Miami String Quartet, Afiara String Quartet, Colin Carr, Roberto Plano and has toured internationally with DJ Kid Koala. As a teacher, she has given masterclasses at numerous institutions such as NYU, Kansas University and Ithaca University, and has been on faculty at festivals such as the Rocky Ridge Music Festival, Academie Anglicorde in France, International Music Festival of the Adriatic in Italy, and Festival de Febrero in Mexico.

Previously, Dawn held the position of String Division Chair, Associate Professor of Violin at Ohio University’s School of Music and Associate Concertmaster of Harrisburg Symphony. In her free time she enjoys spending time with her husband Jay, dog Wolfie, and their recent addition- son Jasper.