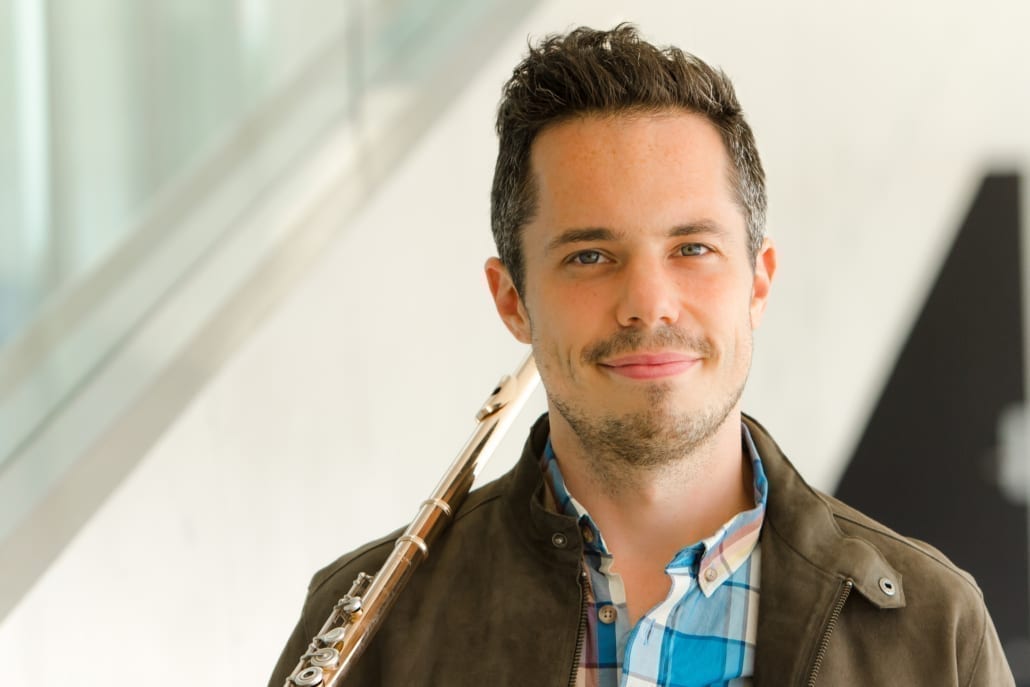 Praised for his “long-breathed phrases and luscious tone” by the Minneapolis Star Tribune, Canadian flutist Conor Nelson is established as a leading flutist and pedagogue of his generation. Since his New York recital debut at Carnegie Hall’s Weill Recital Hall, he has frequently appeared as soloist and recitalist throughout the United States and abroad.

He is the Principal Flutist of the New Orchestra of Washington in Washington, D.C., and has performed with the Detroit, Toledo, and Tulsa Symphony Orchestras.  He also performed as guest principal with A Far Cry, Orquesta Filarmónica deJalisco, and the Conceirtos de la Villa de Santo Domingo.

A respected pedagogue, Dr. Nelson has given master classes at over one hundred colleges, universities, and conservatories.  Prior to his appointment at UW-Madison, he served as the flute professor at Bowling Green State University for nine years and as the Assistant Professor of Flute at Oklahoma State University from 2007-2011. His recent residencies include Yonsei University in Seoul, Korea, the Sichuan Conservatory in Chengdu, China, the Conservatoriode Música de Puerto Rico, and the Associação Brasileira de Flautistas in São Paulo.

He is also a regular guest of the Texas Summer Flute Symposium and has been the featured guest artist for eleven flute associations across the country.

His former students can be found performing in orchestras, as well as teaching at colleges, universities, and public schools nationwide.  They have also amassed over sixty prizes in young artist competitions, concerto competitions, and flute association competitions.

He received degrees from the Manhattan School of Music, Yale University, and Stony Brook University where he was the winner of the schoolwide concerto competitions at all three institutions.  He is also a recipient of the Thomas Nyfenger Prize, the Samuel Baron Prize, and the Presser Award.  His principal teachers include Carol Wincenc, Ransom Wilson, Linda Chesis, Susan Hoeppner, and Amy Hamilton. Conor is a Powell Flutes artist and is the Assistant Professor of Flute at UW-Madison where he performs with the Wingra Wind Quintet.