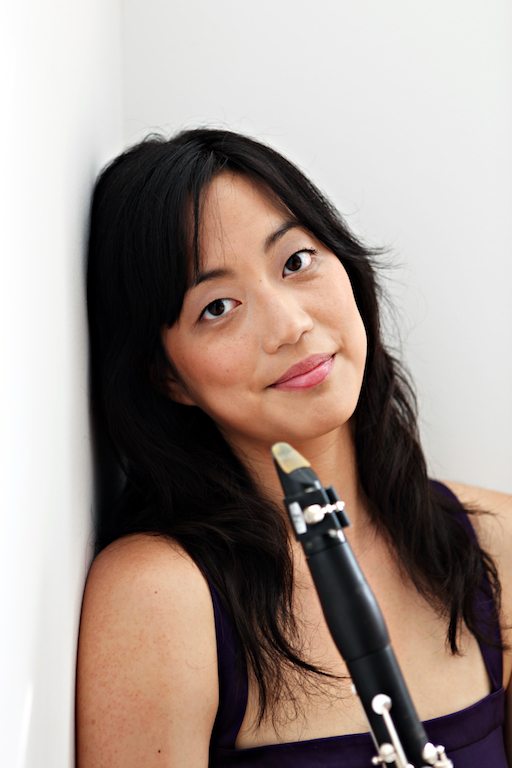 Before her appointment at the Mead Witter School of Music, Alicia was a resident of New York City for over a decade where she performed and toured regularly with a variety of groups including The Knights, Orpheus Chamber Orchestra, Alarm Will Sound, and NOVUS NY. She is also a member of the composer/performer collective, NOW Ensemble, since 2015, with whom she has premiered dozens of new works written for the ensemble.

She is a founding member of Decoda, the Affiliate Ensemble of Carnegie Hall. Founded on the principles established during their time as fellows in Carnegie Hall’s Ensemble Connect program, Decoda’s pursuits places equal emphasis on artistry and community engagement. Alicia has participated and led residencies in Merida, Mexico, South Africa, and the Guildhall and Colburn Schools. She also serves as the Festival Director of the Decoda Skidmore Chamber Music Institute, one of ensemble’s flagship educational programs.

She has performed at the Lucerne, Spoleto (Italy and US), Yellow Barn, Festspiele Mecklenburg-Vorpommern, and Marlboro Festivals.

Alicia was formerly the associate principal and E-flat clarinet player of the Santa Barbara Symphony, a position she held for seven seasons. She also performed as solo bass clarinetist of the Bergen Philharmonic in Norway during the 2013-14 season.

She holds a bachelor’s degree in French Language and Literature from Columbia University, and pursued musical studies at The Juilliard School with Charles Neidich and Ayako Oshima as a part of the Columbia-Juilliard exchange program. She earned additional degrees from the University of Southern California and The Colburn School, where she was a student of Yehuda Gilad.

Born into a musical family, Alicia grew up in Michigan, where she began her early studies on violin and piano and eventually made the switch to clarinet by age 12. She currently resides in Madison, Wisconsin with her husband, bass player and composer, Kris Saebo. She is Assistant Professor of clarinet at the University of Wisconsin-Madison where she also performs with the Wingra Wind Quintet.