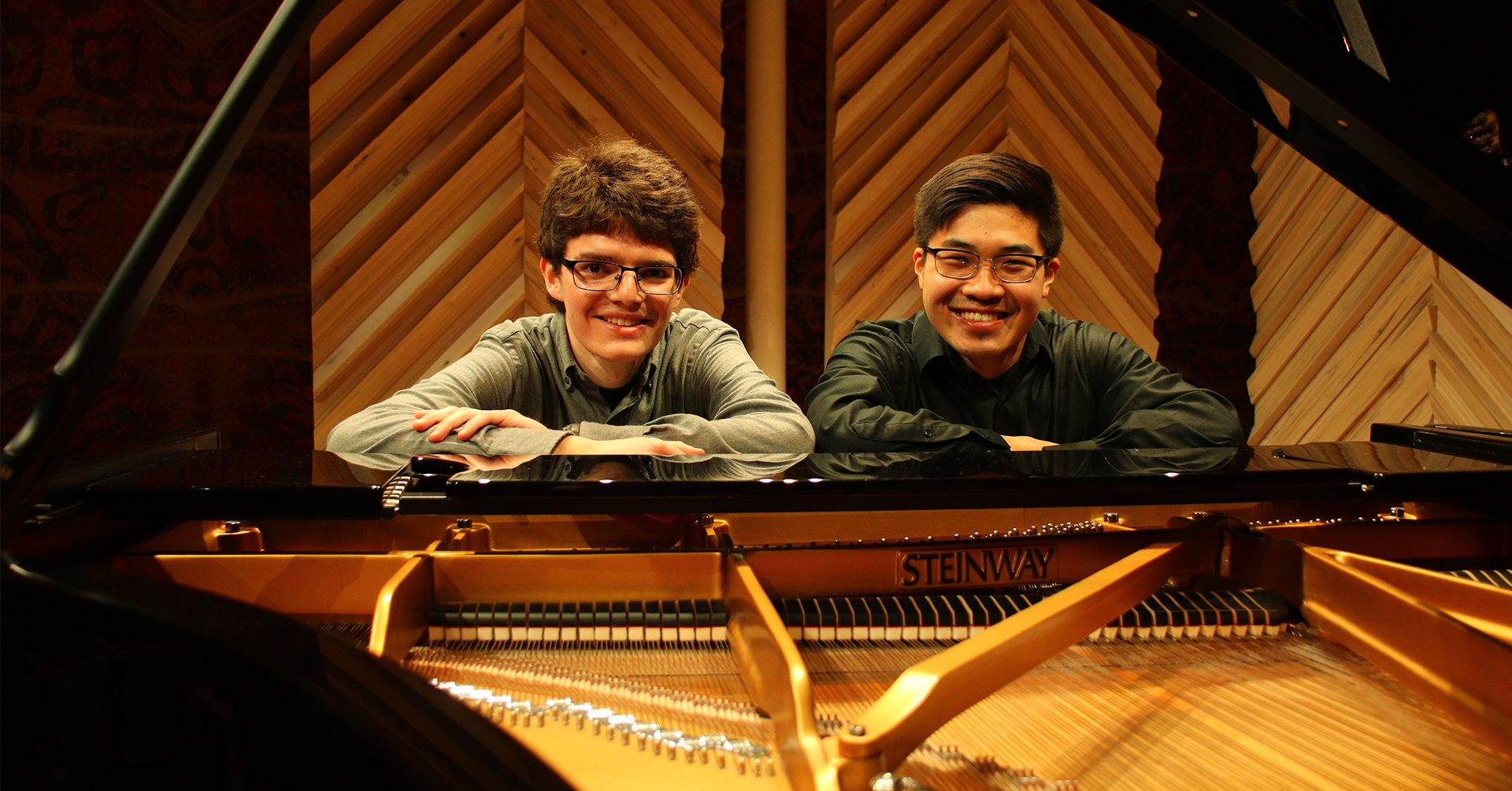 An evening with Michael Wu and Lance Letellier

Lance Letellier and Michael Wu, piano
……
Michael Wu is a sophomore at the University of Wisconsin-Madison pursuing a double major in Piano Performance and Neurobiology (B.S.) A student of Prof. Christopher Taylor, Michael’s musical journey at the piano began at the age of five. Since then, he has captured numerous awards and accolades including first prize in the Madison Symphony Orchestra’s 2020 Bolz Young Artist Competition, where he performed Liszt’s Totentanz in a statewide televised event on Wisconsin Public Television; first prizes in the 2015 PianoArts Wisconsin Youth Piano Competition and the 2018 Steinway & Sons National Competition; winner of the 2020 UW-Madison Irving Shain Beethoven Competition; runner-up in the 2019 MTNA Midwest Division Competition and prize-winner in the 2016 Cooper Festival and 2017 Bluthner International Competitions. Outside of the piano, Michael enjoys good food, long walks, and pondering the meaning of life while stuck in traffic.
……
Lance Letellier is a sophomore at the University of Wisconsin pursuing a double major in Piano Performance and Electrical Engineering.  Lance began studying piano with Mary Thomas in his hometown of New Berlin, Wisconsin when he was five years old.  Currently, he studies with Christopher Taylor.  Lance finished first place in the WFMC state piano competition in 2018 and 2019, and was awarded a WSMA Exemplary Soloist award in 2019.  Besides classical piano, Lance also maintains an interest in a wide variety of other musical genres and instruments. Lance was the 2020 recipient of the Woody Herman/Sister Fabian Jazz Scholarship and he currently plays piano in the UW-Madison Jazz Standards ensemble under the direction of Peter Dominguez.  Lance is also an avid cellist and played for four years in the Milwaukee Youth Symphony Orchestra.  In the free time that he doesn’t spend doing musicy things, Lance enjoys going on long walks with friends, cross country skiing, and secretly admiring brutalist architecture.