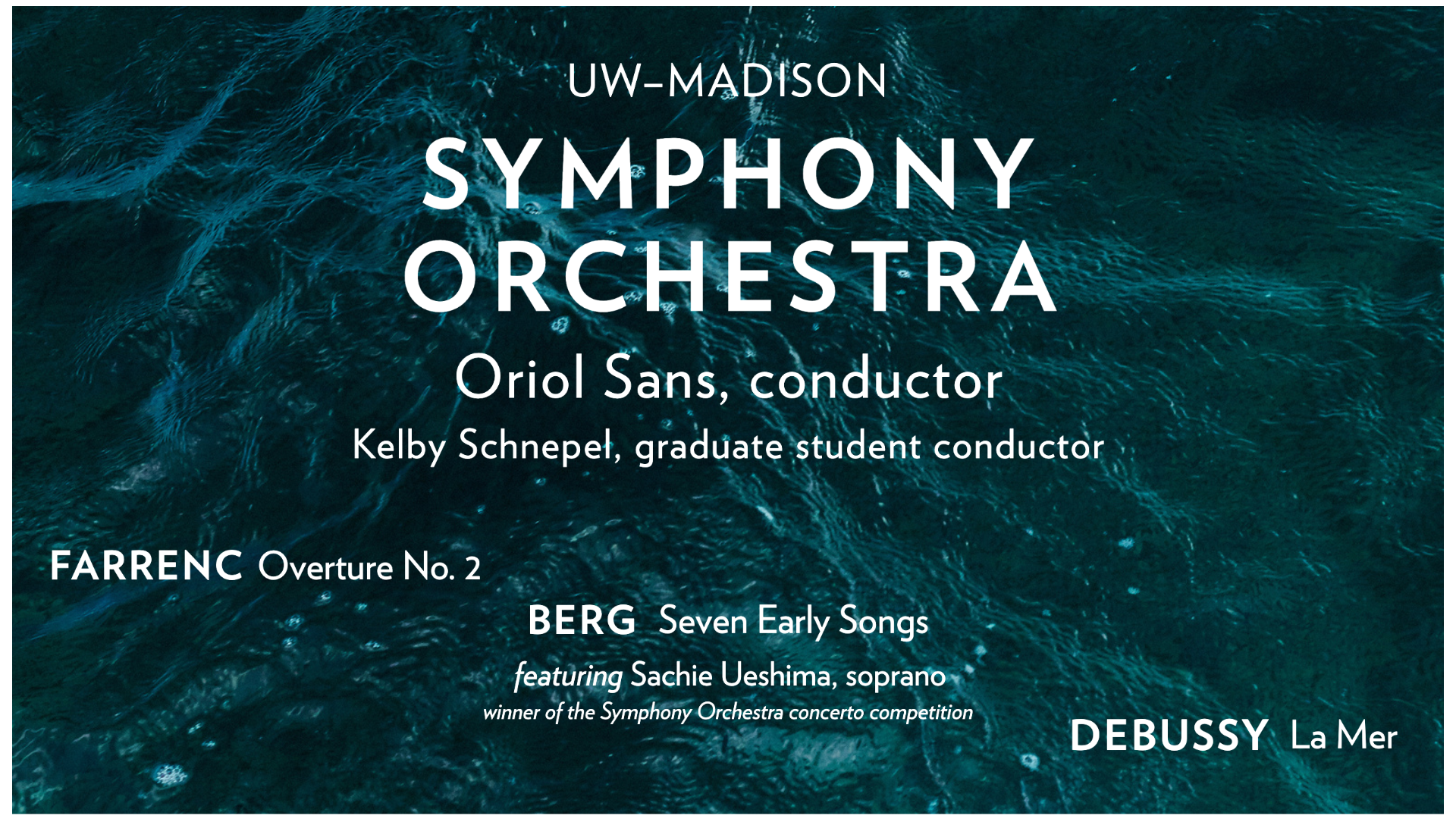 Louise Farrenc’s music has been recently rediscovered, and is winning over audiences everywhere. The UWSO will open this concert with her Overture No. 2, before Sachie Ueshima, 2021 Mead Witter Orchestra Concerto Competition winner, joins the ensemble to perform Alban Berg’s highly evocative Seven Early Songs. Claude Debussy”s amazing symphonic triptych La Mer, a monumental piece of the repertoire that influenced composers since its premiere in 1905, will comprise the second half of the concert.

Sachie Ueshima, soprano, a native of Wakayama City, Japan, is a second year DMA student in vocal performance studying with Dr. Julia Rottmayer, with a doctoral minor in choral conducting. She is currently a teaching assistant in voice & opera department. Sachie earned the Bachelor of Music, the Master of Arts, and the Artist Diploma in voice from Queens College of the City University of New York. She has recently performed the lead role of Krystyna Zywulska in Jake Heggie’s Two Remain (Out of Darkness) with University Opera at UW-Madison.

Her other operatic credits include Sœur Constance in Dialogues des Carmélites, Drusilla in L’incoronazione di Poppea, Pamina and Königin der Nacht in Die Zauberflöte, and Lady with a Hand Mirror in Postcard from Morocco. Also active in concert works, she has made her appearances as a soloist in Mozart’s Great Mass in C minor, Bach’s B minor Mass, Mendelssohn’s Elijah, Händel’s Messiah to name a few. Sachie was honored to sing as a soloist at the opening mass of Festival Internazionale di Musica Sacra at St. Peter’s Basilica at the Vatican in 2015.