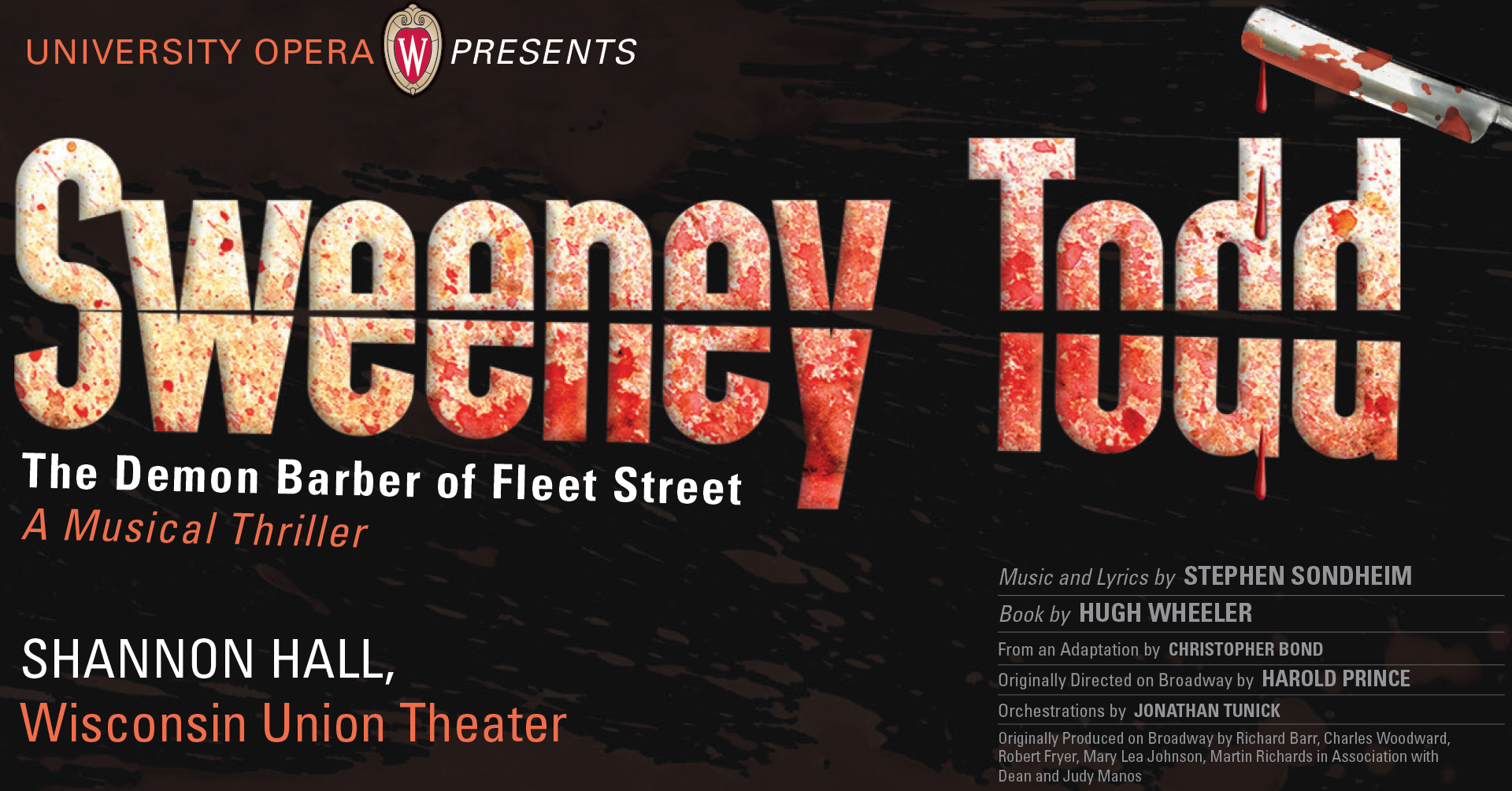 From March 4 though March 8, University Opera, in partnership with the Wisconsin Union Theater, will present a special production of Stephen Sondheim’s popular musical Sweeney Todd: The Demon Barber of Fleet Street. Directed by Karen K. Bishop Director of Opera David Ronis, and conducted by Director of Orchestral Activities Oriol Sans, the production will feature student performers from the School of Music, accompanied by the UW-Madison Symphony Orchestra.

Stephen Sondheim, a true giant of American musical theatre, was lost just months ago in November of 2021. University Opera is privileged to honor the legacy of Mr. Sondheim in performing Sweeney Todd, one of the beloved works in his extensive oeuvre. The wry humor of Hugh Wheeler’s book, paired with Sondheim’s memorable tunes and haunting lyrics, complete with riveting orchestrations make for a memorable evening of musical theatre.

This dark, Tony Award-Winning musical features razor sharp wit, and tells the tale of Sweeney Todd, an exiled 19th-century barber who was framed by a corrupt judge to take advantage of Todd’s wife. Upon his return to London, Todd teams up with his new landlord, Mrs. Lovett, a floundering pie shop owner. Together, the team splits open a new way to peddle profitable pies, whilst Sweeney seeks his vengeance in the barbershop upstairs, waiting for Judge Turpin to get a trim.