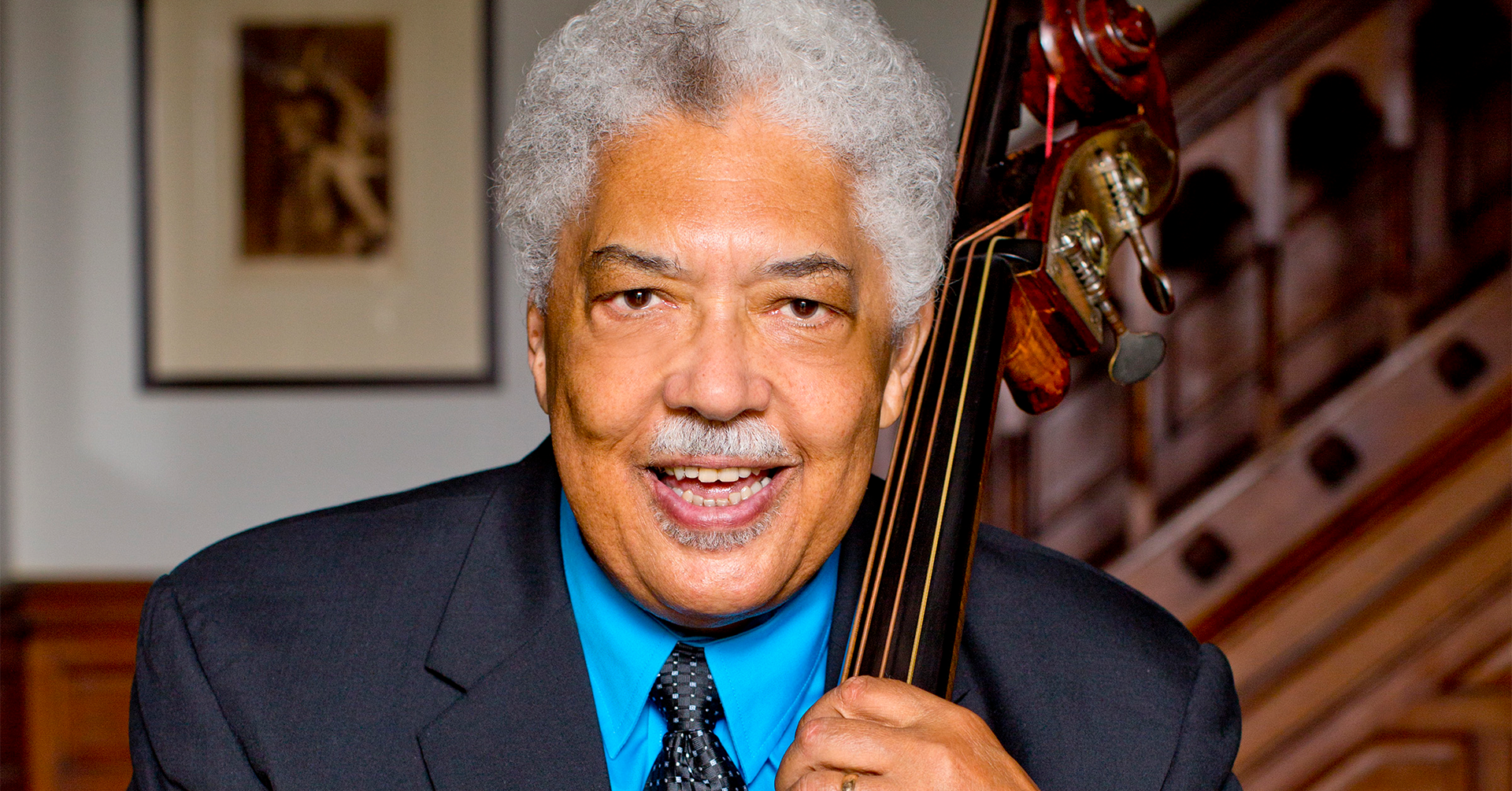 Rufus Reid, one of today’s premier bassists on the international jazz scene, with his reputation firmly established in the education arena, now adds composition to his vitae. Rufus participated in the BMI Jazz Composer’s Workshop for five years which has empowered him to move more deeply into the composing arena. He has written for string orchestra, jazz ensembles large and small, concert band, double bass ensemble pieces and a solo bass composition. Mass Transit, Rufus’ three movement symphony orchestra composition, was premiered in 2011.  Also premiered that year was the orchestral arrangement of Reid’s Caress The Thought with soloist, Joe Guastafeste, retired principle bassist of the Chicago Symphony Orchestra. Reid composed Caress The Thought as a solo piece for bass virtuoso, Diana Gannett, who has performed it several times and recorded it on her 2015 CD Artemis in the Oak Grove with pianist Ellen Rowe.

Quiet Pride, a five movement work for large jazz ensemble, inspired by the sculptures of the artist, Elizabeth Catlett, was premiered in 2012 at the Shaw Center for the Performing Arts, in Baton Rouge, LA.  This special event had Elizabeth’s gorgeous artwork in residence during this time.  This suite of music was recorded by a hand-picked large ensemble, including 2 French horn and vocals, conducted by Dennis Mackrel. Quiet Pride – The Elizabeth Catlett Project was released to rave reviews by Motéma Music in Feb, 2014.  This CD received two nominations for the 57th GRAMMY Awards ~ Best Large Jazz Ensemble and Best Instrumental Composition for ‘Recognition’ the first movement of this suite. Rufus continues to present this music in Universities with Catlett’s work on view.  He also presents this professional large ensemble whenever possible, as at the David Rubenstein Atrium at Lincoln Center, NYC, in November, 2014, and at The Jazz Standard, NYC, February,2015

Rufus’ book, The Evolving Bassist, published since 1974, continues to be recognized as the industry standard as the definitive bass method.  January, 2000, the book’s millennium edition was published.  In December 2003, The Evolving Bassist DVD was released.  This two and one half hour DVD also offers a Concert view, featuring Mulgrew Miller and Lewis Nash.

This event is generously supported by the Anonymous Fund.