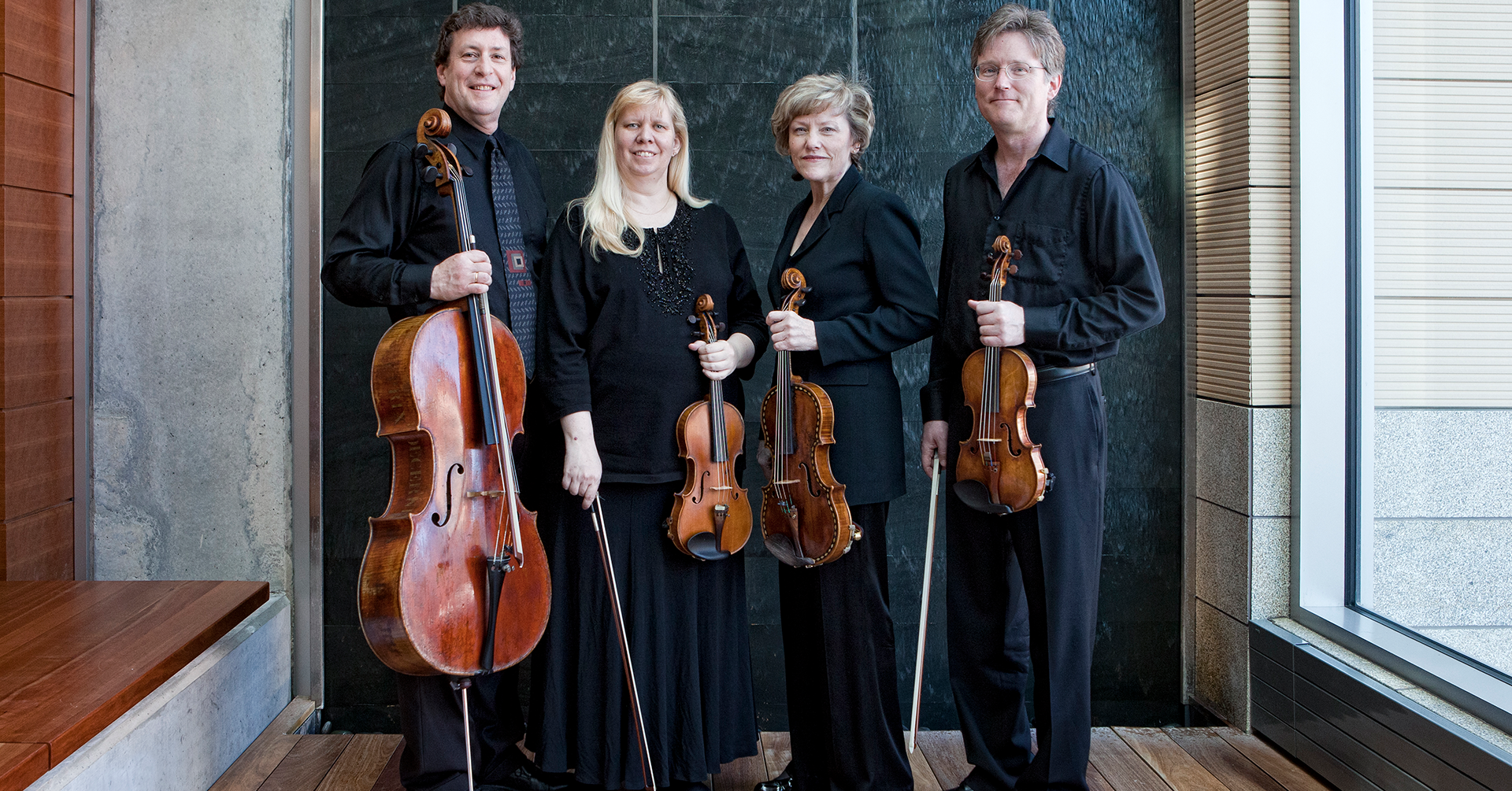 The Pro Arte Quartet performs throughout the United States, Europe, and Asia and continues to champion equally both standard repertoire and new music. The group is an ensemble in residence at the Mead Witter School of Music and resident quartet of the Chazen Museum of Art, performing regularly on the concert series of both institutions. The quartet has performed at the White House and, during the centennial celebration, played for the King’s Counselor in Belgium. Recent projects include the complete quartets of Bartók and Shostakovich and, in collaboration with the Orion and Emerson String Quartets, the complete quartets of Beethoven. Regular chamber music collaborators that perform with Pro Arte include Samuel Rhodes, viola; Bonnie Hampton, cello; and Leon Fleischer and Christopher Taylor, piano.

The purchase of this ticket directly supports off-campus faculty ensemble educational activities in K-12 settings. Our faculty ensembles continue to expand their involvement with Wisconsin communities by providing mentoring, educational leadership, and training opportunities to students of all ages and backgrounds. We thank you for your support.