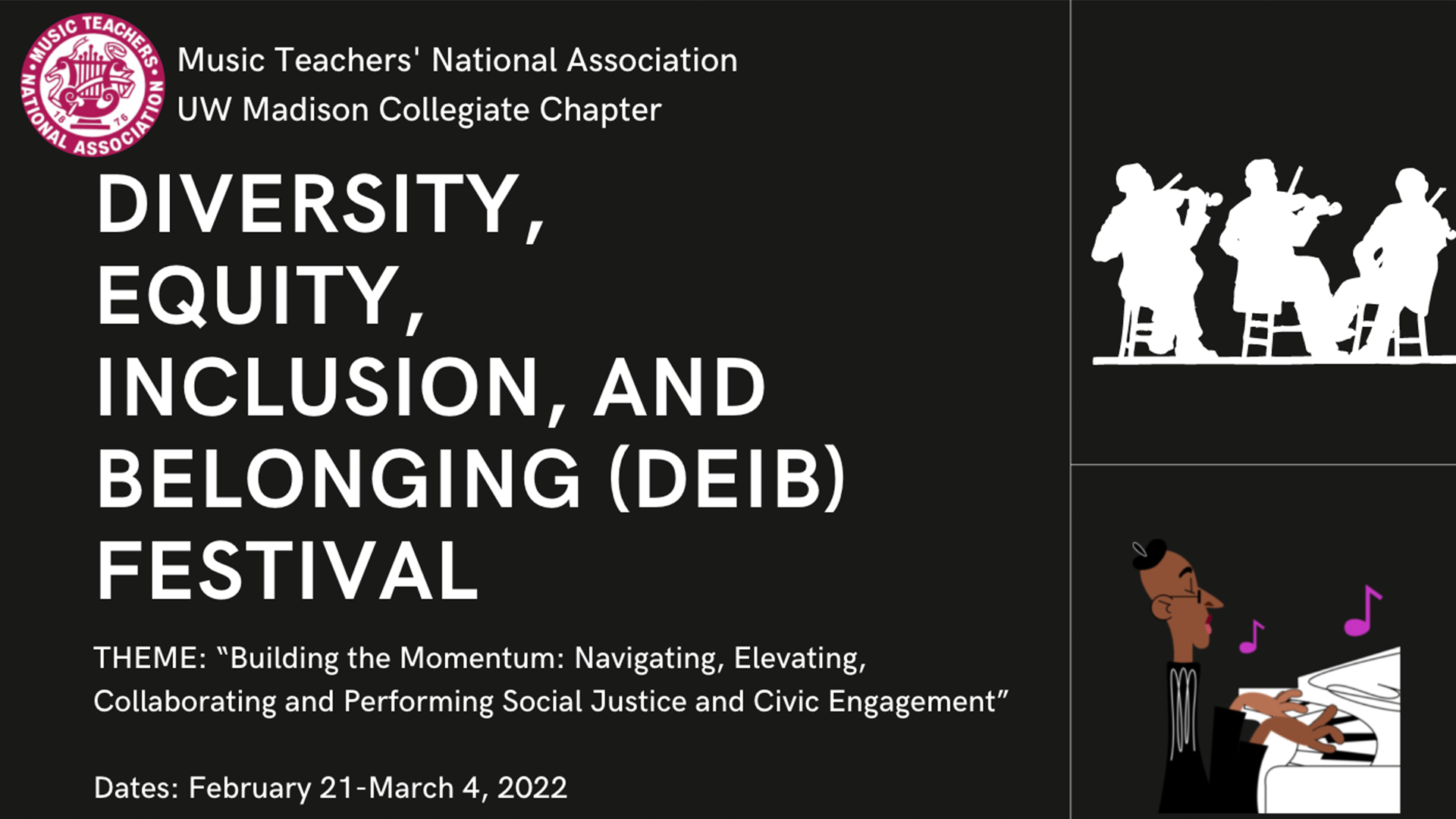 Free I No ticket required Also streaming live Part of the Diversity, Equity, Inclusion and Belonging Festival …… A

A champion of new music, American pianist Kuang Hao Huang has often been heard in collaborative settings in the Chicago area. Commended for his “perceptive pianism” (Audiophile) and “playing that is sensitive and wonderfully warm” (American Record Guide), Chicagoan Kuang-Hao Huang is a highly sought-after collaborative pianist whose performances have taken him throughout North America, Europe and Asia.  He is often heard live on WFMT and has also performed on WQXR and on Medici.tv.  Mr. Huang has recorded for Aucourant, Cedille, Centaur, Innova and Naxos, including a CD of flute fantasies with flutist Mathieu Dufour and a premiere recording of early songs by Alban Berg with mezzo-soprano Julia Bentley. His most recent recordings include Notorious RBG in Song with soprano Patrice Michaels and Songs from Chicago with baritone Thomas Hampson.

A strong advocate of new music, Mr. Huang is a core member of Fulcrum Point New Music Project and Picosa.  He has premiered numerous works, including pieces by Mason Bates, Jacob Bancks, Kyong Mee Choi, Stacy Garrop, John Harbison, Daniel Kellogg and Shulamit Ran. Mr. Huang gave the world premiere performances of works by Louis Andriessen and Chen Yi at Weill Hall as part of Carnegie Hall’s Millennium Piano Book Project. Prof. Huang is most often heard as a collaborator, performing concerts and radio broadcasts with Chicago’s finest musicians, from instrumentalists of the Chicago Symphony Orchestra to singers with the Lyric Opera. He has appeared on the Chicago Symphony Orchestra’s MusicNOW series.

Mr. Huang is Associate Artistic Director for the International Music Foundation (IMF) and is the driving force behind Make Music Chicago, a day-long, citywide celebration of music every June 21. He also founded IMF’s Pianos in the Parks program, which partners with the Chicago Park District to give all Chicagoans access to outdoor pianos as well as free lessons. He is currently an Artist Faculty at Roosevelt University Chicago College of Performing Arts and part of the committee for the Social Justice Seed Grant Program.

The DEIB Festival aims to facilitate awareness and provide social justice opportunities for students through this series of events focusing on DEIB (diversity, equity, inclusion and belonging), leadership, collaboration, and community engagement.