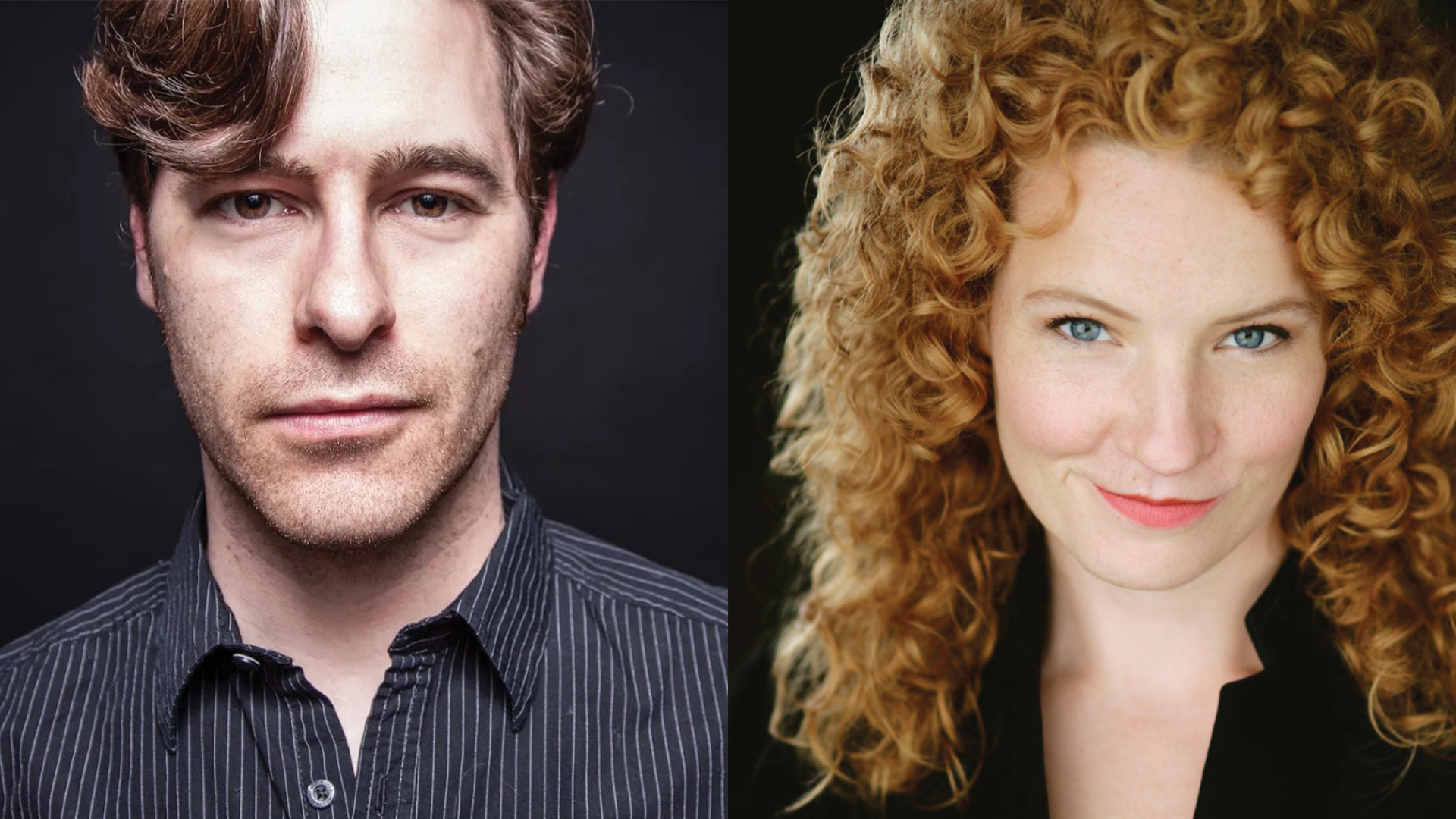 This event was originally scheduled for September 23, 2021 and has been rescheduled for February 13, 2022. Tickets purchased for the September 23 performance will be honored at the February

belhaven, the duo comprised of Abigail Fischer and Jason Slayden, is creating new experiences in art song. This concert will encompass two multimedia projects: the Beloved, a project framed around the Berg Sieben frühe Lieder, and Wesendonck Meditations: Into the Light, an immersive experience framed around Wagner’s only song cycle. belhaven will collaborate with pianists Martha Fischer and Bill Lutes.

……
belhaven is the interdisciplinary collaborative duo comprised of Abigail Fischer and Jason Slayden. Their mission is to reflect upon who we are on a deeper and more meaningful level, as artists and as humans. Together they look to explore and create works that change the way we experience the typical concert or recital via authenticity of purpose and with an immersive aesthetic.

In 2017, Belhaven created “Into the Light: Wesendonk Meditations,” a multimedia presentation of Wagner’s only song cycle, set to texts by Mathilde Wesendonck. One can clearly feel the bond between Mathilde and Richard in the way these songs are set. But, as was common at this time, images of nature come in as metaphor, and the result is an expansive statement about all of existence, moving towards ecstasy and the upper realms. Images of light and brightness are often used to reflect these themes, with the exception to the third song, which is quite the opposite. Using spatial audio and projections of original footage and animation, the work is thrust into the 21st century and threaded with contemplative original compositions between each movement.

Their most recent project, “The Beloved” is a retelling of Alban Berg’s Sieben Frühe Lieder, 7 songs on poetry by different poets. In contrast to the Wesendonck Lieder, we felt these poems and songs had a theme of longing to experience and understand through darkness, mystery, and the divine lover. We took seeds we already saw in the text and music a few steps further, by interspersing more ecstatic text in between some of the songs: poems by Lao-Tsu, Tu Fu, the Odes of Solomon, and Rilke. Similar to “Into the Light”, “The Beloved” is also coupled with original 4-channel interludes composed by Jason. Dark and mystical videos accompany the Berg songs, creating a complete multi-media reflection on the deeper meaning of these timeless songs.

Abigail Fischer welcomes you to a deeper experience of embodied wisdom and truth, so you can experience more interconnectivity, inner freedom, and joy. Known for her “serenely captivating” operatic presence “and disarming intimacy,” (NY Times), Abigail Fischer (she/they) has made a vibrant career starring in contemporary operas such as Missy Mazzoli’s Song from the Uproar and Du Yun’s 2017 Pulitzer Prize-winning Angel’s Bone, as well as in more classic operas such as the title roles in Carmen and Cenerentola, with companies such as Los Angeles Opera, Chautauqua Opera and Cincinnati Opera, and internationally at Beijing Music Festival and Hong Kong New Vision Festival.

Abigail has performed Handel’s Messiah with Kansas City Symphony, Milwaukee Symphony, Rhode Island Symphony, Virginia Symphony, and in other repertoire with the Columbus Symphony, Boston Symphony Orchestra, and Los Angeles Philharmonic. As an early music performer, they have worked with the American Bach Soloists, Rebel Baroque, Early Music New York, Boston Baroque and Mercury Houston. In 2017 Abigail made her Italian stage debut in Bolzano, Italy in Toshio Hosakawa’s The Raven, a setting of the Edgar Allan Poe text. She has sung the title role in Britten’s Rape of Lucretia with Opera Memphis, Testo in Monteverdi’s Il Combattimento with Gotham Chamber Opera, and premiered Lee Hoiby’s This is the Rill Speaking with American Opera Projects.

Trained as a cellist, Abigail has worked often also as a vocal chamber musician, from the Marlboro Music Festival and Chamber Music Northwest, to St. Luke’s Chamber Ensemble. They have premiered Elliott Carter’s Mad Regales and Bernard Rands’ Walcott Songs at the Tanglewood Music Festival, numerous John Zorn chamber works all over the world including the Lincoln Center Festival, and Nico Muhly’s Elements of Style, also at Lincoln Center.

Abigail is dedicated to awakening consciousness and the healing power within each of us through teaching singing and choral conducting from a holistic and embodiment perspective, sound meditation, breathwork, and through creating inspirational music and art. Abigail is a graduate of the Eastman School of Music (MM), Vassar College (BA), Lorenzo di Medici in Florence, Italy (Certificate in Italian language and literature).

Jason Slayden (he/him) has become internationally recognized for his interpretation of leading tenor roles in the bel canto, verismo, and french grand opera repertoires across the United States and Canada, as well as in Europe and Japan. Role highlights include Rodolfo in Puccini’s La Boheme, Cavaradossi in Puccini’s Tosca, Ruggero in Puccini’s La Rondine, Lt BF Pinkerton in Puccini’s Madama Butterfly, Werther in Massenet’s Werther, Romeo in Gounod’s Romeo et Juliette, Don Jose in Bizet’s Carmen, as well as many Verdi roles, including Gabriele Adorno (Simon Boccanegra), Alfredo (La Traviata), Fenton (Falstaff) and il Duca di Mantua (Rigoletto). In 2016, he made his debut with the Lyric Opera of Chicago under the baton of Mo. Emmanuel Villaume in Bartlett Sher’s production of Romeo et Juliette as Tybalt and the Romeo understudy. He has also sung with Vancouver Opera, Seattle Opera, Santa Fe Opera, Opera de Montreal, Pacific Opera Victoria, the Seito Kinen Festival, Ash Lawn, Berkshire Opera Festival, Virginia Opera, and the Des Moines Metro Opera among others. He has been awarded a Sullivan Career Grant, the Gerda Lissner Foundation First Prize, a George London encouragement award, and was a Metropolitan Opera National Council Finalist.

Along with a career in opera, Jason is a multimedia artist working in the disciplines of sound design, composition, photography, video and animation. With his wife, he creates immersive performance projects with art song, field recordings, improvisation and electronic music in their multimedia duo BELHAVEN.

Currently Jason is a student at the Conservatory of Recording Arts and Sciences pursuing a degree in Audio Engineering.
……

This project is generously supported by the Vilas Trust.